Keynote address made by the Director General, National Emergency Management Agency (NEMA). Alhaji Muhammad Sani Sidi, at the regional workshop on Climate Change Adaptation and Disaster Risk Management in Nigeria, holding at Shukura Coral Hotel, Sokoto 14th – 16th June, 2011.
PROTOCOL
Climate change remains a very topical issue, globally and locally. Given its wide array of impacts on vital sectors of the economy and considerable implications for humanitarian and development efforts generally, this is to be expected.
The inevitability of changes occurring to the climate is now a well-established reality. Just last month, the International Energy Agency (IEA) published estimates which show that greenhouse gas emissions in 2010 were at their highest level in history. This should be taken as a “wake-up call” for the international community, especially the developing countries, who suffer most from the impacts of climate related hazards.
United Nations estimate indicates that nine out of every ten disasters are now climate related. Scientific evidence has shown that as a result of climate change, extreme weather events like floods, windstorms, droughts and epidemics have become more frequent and severe. They occur in areas where they were previously either unknown or extremely rare.  For us in developing world, climate change portends greater danger. For instance, the World Bank reckons that losses from disasters can be up to 20 times greater as a percentage of gross domestic products in developing countries than in industrialized nations, while over 95 per cent of all disaster related deaths occur in developing countries. This is grim and unacceptable.
While the world struggles to agree on how best to pursue the four building blocks of mitigation, adaptation, technology and finance, we as a nation need to look inward and take steps to contain the adverse effects of climate change in Nigeria.
Last year alone, flood disasters occurred in 23 states of the federation including Sokoto, Kaduna, Katsina, Kebbi and Jigawa, in this geopolitical zone. If we have not already taken measures to either prevent another incidence of flood or mitigate vulnerability to the hazard, it could happen again this year with the same devastating consequences or even worse. Rainfall forecast for the year 2011 for Nigeria by Nigerian Meteorological Agency (NIMET) points to more rainfall than normal, although that prediction is currently being reviewed. The 2010 floods remind us that we can no longer ignore disaster risks. Disasters constitute the greatest threat to development and socio-economic well-being of the people.
Out there in the communities are the extremely vulnerable people who depend on us in this hall to provide answer to the risks and threats they face. They are unable to cope with the adverse effects of climate change on their own. Lack of assets such as land, livestock, income, social networks, among others; undermine their capacities to adapt to the changing climate. Also, lack of access to education, healthcare, agricultural services, justice systems and conflict resolution mechanisms are other factors responsible for their vulnerability.
NEMA has taken steps to encourage viable disaster management at the grass-roots level by launching programmes like Grass-Roots Emergency Volunteers (GEV) and Emergency Management Vanguards (EMV) among others. Under the Grass-Roots Emergency Volunteer programme, the Agency, in collaboration with willing local government councils trains at least 200 residents of communities in the council area in emergency management skills. And Emergency Management Vanguards is a collaborative programme with the National Youth Service Corps under which serving youth corps members are trained in disaster management techniques for the benefit of their host communities. These two programmes are capable of transforming emergency management landscape all over the country, but, unfortunately, the response from local and state governments have been lukewarm, with the GEV programme recording less than ten per cent spread in three years. State and local governments need to strengthen their state emergency management agencies and local emergency management committees respectively, to boost resilience to disasters.
Today’s occasion marks the start of a series of workshops planned for the six geopolitical zones and Abuja by the National Emergency Management Agency to bring together stakeholders from the local, state and federal governments, academia, community representatives, etc, for the purpose of identifying and reducing the vulnerabilities of people and communities in Nigeria to climate related hazards in particular and disasters generally.
The workshop is expected to, among others:
·         Lead to greater awareness through the participants who should share the knowledge acquired with the communities and people they represent.
·         Provide a better insight of the magnitude of the various climate related disasters prevalent in the country and factors influencing them.
·         Lead to sensitization for possible revision of policies, rules and regulations for more efficient delivery of climate change adaptation for disaster risk reduction.
·         Produce report from which training manuals and public information booklets can be produced.
·         Develop action plans for NEMA to guide the Agency for better performance of its roles in disaster management in Nigeria.
Very distinguished ladies and gentlemen, the task before you is by no means easy. Being the first in the series of workshops, we look up to you to set a very high standard for the others to emulate.
I wish you very fruitful workshop.
Thank you.
Muhammad Sani-Sidi
DG NEMA
Facebook Twitter Google+ LinkedIn Pinterest Reddit WhatsApp Share via Email Print 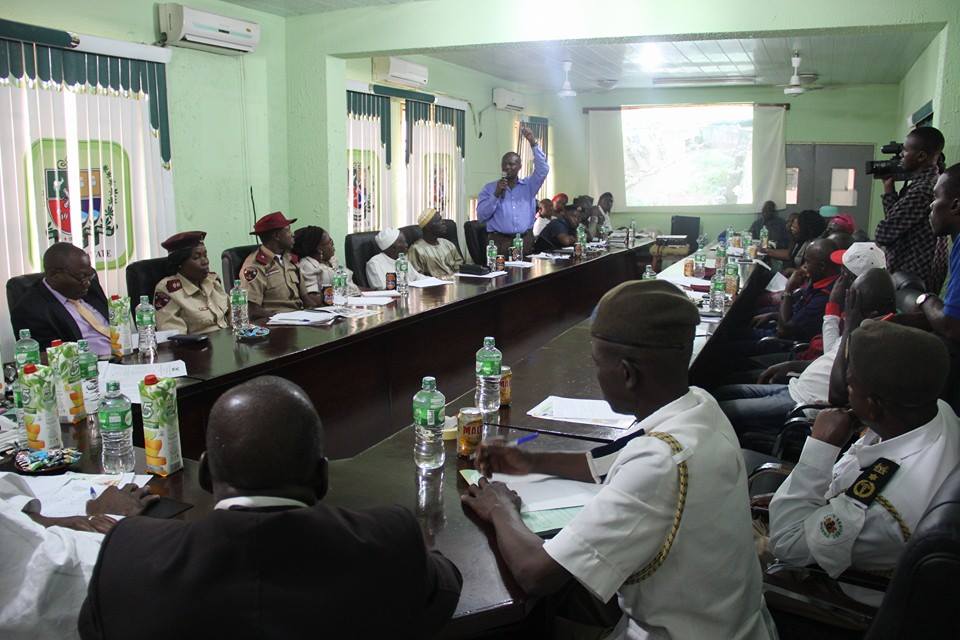