After a 2-weeklong assessment of damages to fishing communities from gas explosion on Chevron’s Funiwa platform at Koluama community in southern Ijaw area of Bayelsa State, which had caused health hazards in the area, the National Emergency Management Agency (NEM

A) has commenced the distribution of truckloads of relief materials to the victims.
The Director General of NEMA, Muhammad Sani-Sidi disclosed that from the agency’s assessment, the fire at a Chevron gas rig in the area burnt for several weeks which effected the environment and the health of those living nearby. He said several communities and settlements were affected by the gas explosion which began from January 16, 2012 from a shallow-water gas well belonging to Chevron near its North Apoi oil platform.
Represented by Deputy Director Relief and Rehabilitation, Mr. Mike Adeyanju at the official presentation of the reliefs worth millions of Naira to officials of Bayelsa State government at the weekend, the NEMA boss said the items were approved by President Goodluck Jonathan for the benefit of those affected by the incident.
The first batch of the relief materials are food items and toiletries including 600 bags of Rice, 300 bags of Gari, 200 bags of beans, 100 kegs of vegetable oil and palm. Others are 500 pieces of Buckets, 50 bags of Salts, 100 bags of Sugar, 50 cartons bath soap, 50 cartons of detergent, 500 pieces of mosquito’s nets and 500 pieces of blankets.
The affected communities are in Koluama clan in Southern Ijaw Local Government Area and Akassa in Brass Local Government Area of the state.
Receiving the items on behalf the State Government, the Permanent Secretary Ministry of Gender and Social Development, Mrs. Vivian Odi Ovien promised that the state government would ensure that the materials meant for the communities were properly handled. She also thanked the federal government for the gesture. 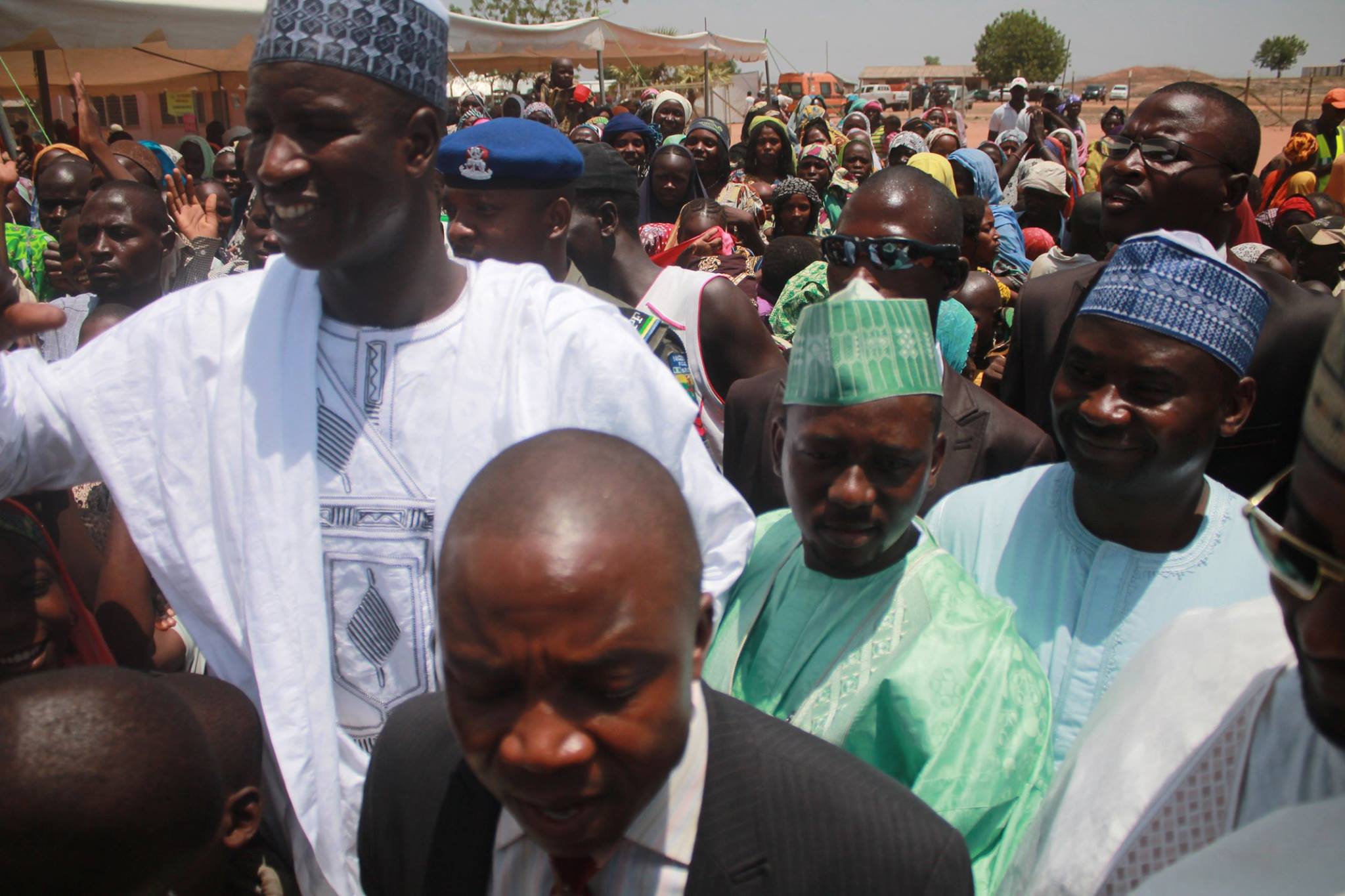 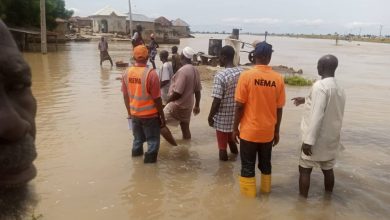 Flood assessment in some communities in Etsako East and Etsako Central LGAs of Edo State.