At first contact with AVM Mohammed Audu-Bida (Rtd.) that guts feeling that bothers between excitement and nervousness when meeting an important dignitary is quickly dispelled. His warm expansive smile from the heart reassures one you are in a friends company.

An atmosphere of trust and conviviality is promptly created amidst guffaws and shaking of hands. But no sooner than when the interview got underway, the officer and gentleman metamorphosed into another personality with candor and fervency of man of the collar. A glow in his eyes, passion in his voice with emphatic gesticulations, AVM Bida enthralls you with why disaster management is not prerogative of NEMA alone. In this interview granted to the Editorial Team of Economic Confidential, the Director General says it all about functions and activities of his agency. 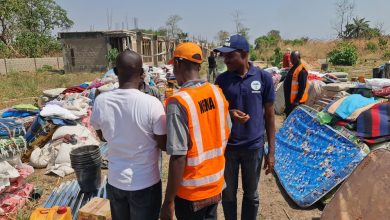