Recently, Nigeria faced another human-induced disaster that culminated in the destruction of lives and property in Jos. During the crisis, everybody looked towards the intervention of established agencies like the police, army among others for search and rescue mission.

What about individuals and groups? Can they play any supportive roles in such an emergency?
In efforts to prevent and control disasters throughout the federation, the National Emergency Management Agency (NEMA) recently announced the formation of Emergency Management Vanguard, which is a partnership programme with the National Youth Service Corps and the Grassroots Emergency Volunteer Corps at the community level aimed at controlling and mitigating the menace of disaster and improving people’s attitude towards disaster management. The Director General of NEMA, AVM Mohammed Audu-Bida (Rtd.) said that the agency adopted the new strategy of bottom-to- top approach so as to develop a rapid response group within the community that will render immediate assistance in the case of emergency.
We are all aware that since disaster does not discriminate, concerted efforts are required to assuage its effect as all three tiers of government must be responsible for managing disaster through sensitisation, mobilisation and equipping the citizens on the challenges ahead.
It is important to note that making hay while the sun shines could save a stitch in time. The youth corps vanguard and grass root volunteers are welcome development towards creating not only adequate public awareness and saying bye-bye to ignorance in averting disaster but also in active involvement of communities in disaster management.
It has been established that lack of prompt response to disaster in Nigeria is responsible for the colossal damages to lives and property in the country which could have been averted in the first instance if volunteerism was in place.
Volunteerism is not a new concept in disaster management. In ancient time, communities used volunteers to create more awareness in some cases. Today they could also be used to fight fire, control floods and other disasters. The practice of using the youths and grassroots volunteers in disaster management has undergone remarkable changes and gained universal prominence in recent years.
The changes have been influenced by the emergence and activities of humanitarian and non-governmental organisations that have been collaborating with communities in crisis situation. Such voluntary organisations include the National Societies of Red Cross and Red Crescent, Boys Scout, Girls’ Brigade, Doctors without Border and similar NGOs.
In simple terms, a volunteer is a person who does a job without being paid. In other words, any person who offers to do something without being forced to do so is considered a volunteer. Local volunteers could be deployed for lesser roles during disasters. They are in most cases nonprofessional, but are always ready and available to assist at the scene of disaster. They are always the first to respond to disasters which is why in some places they are called grassroots volunteers. On the other hand, there are organized volunteers who are specialized and well-trained for specific roles during emergency situation. Most organized volunteers are trained in first aid, disaster preparedness, response, relief, prevention, mitigation, contingency planning, capacity assessment, water and sanitation.
Due to the havoc disasters have caused in the last one decade, triggered either through natural cause or man -induced, millions of people have lost their lives and property especially in developing countries like Nigeria. It may be necessary therefore to say that not all disasters can be avoided. But adequate awareness at the grassroots and introduction of the curriculum in schools will go a long way to reduce the menace.
The introduction of the Youth Vanguard and Grassroots Volunteer Group will assist the agency with information on communities that can easily volunteer to disaster.
With the formation of the volunteer groups across the country, there is the need for adequate training and education on the roles they will play in any given event. Where such volunteers are not available, the local people around could be engaged in search and rescue efforts.
It is important to state here that it is the responsibility of the relevant agencies, especially NEMA to ensure that the volunteer groups are trained in various social services such as building of shelters for displaced people, distribution of food, water and materials, camp sanitation, orderliness and security.
Most of the challenges often faced by volunteers are improper coordination especially when there is no legal framework to guide their operation. In most cases, spontaneous volunteers come forward regardless of previous planning just to assist. This response actually requires tactics so that volunteers would not become another crowd.
Ovosi is of the National Emergency Management Agency (NEMA), Abuja.
Facebook Twitter Google+ LinkedIn Pinterest Reddit WhatsApp Share via Email Print 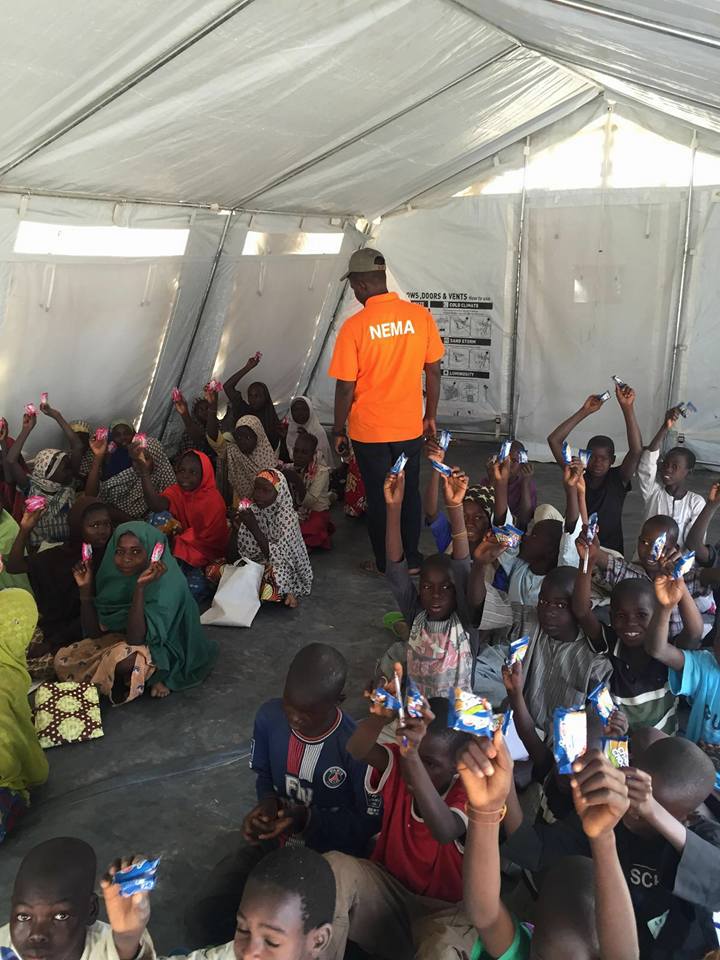