In view of global rise on natural and man-induced disasters, the National Emergency Management Agency(NEMA), has urged local government councils in Nigeria to be more committed to disaster management in their areas to reduce losses and scale of destruction.

The call came as the agency plans to train 200 local government officials and  emergency volunteers in each of the country’s six Geo-political zones.
Director General of NEMA, Muhammad Sani-Sidi gave the charge at a workshop  on disaster  management for local government officials, in Keffi near Abuja adding that communal effort was the backbone of every community.
He said:  “When disasters occur, the impact is usually felt in a locality, we will increase the awareness of local government officials to disaster management and disaster risk reduction.
“Available records have shown that the communities, therefore, need to be involved in the management of risks that may threaten their well being and the efforts geared towards disaster management should be targeted at the communities.
“Unless these efforts are sustainable at individual and community levels, it will be difficult to reduce the losses and scale of destruction from disaster-related emergencies. Communal efforts were the backbone of every society in Nigeria.”
“The traditional institutions had effective methods of managing various problems and emergencies that arose from time to time. The communities were fully aware of the risks inherent in their localities and mobilized themselves to prevent such hazards before they escalated to disasters.”
The DG reiterated the continued commitment of the agency to discharging it statutory duties to Nigerians.Director of Training, NEMA,
Also Mrs. Clementina Aisueni who is Director of Training of the agency said local government officials and emergency volunteers will be trained in the six Geo-political zones of the country. She said, there was  need to sensitize people on disaster management, on what to expect, how to react and also chart ways to mitigate the effect of flooding.
“Participants at the workshop are expected to sensitize those at the grassroots level on disaster management. Two officials have being invited from the two northern zones of the federation. Expecting about 119 delegates and this would be done in all the geopolitical zones.
For the coming year the agency would go further to sensitize those at the grass root. Training two hundred volunteers in each local government areas, who will in turn disseminate the idea, in particular, they would assist in the management of the disaster,” she said
Vice President, International Council of the International Association of Emergency Managers, IAEM, Major-General Matin Osahor, said the forum was a first step in getting the emergency management concept to the grass root, as people needed to know what to do during emergency situation.
“The Program is directed at local government chairmen, since disaster and their response has to be planned, and managed, it takes understanding disaster to know how to manage them.
“Response doesn’t just happen, it has to be planned and the logistics provided. It is necessary that those at the grass root, the local government understand emergency management.
“I believe nobody respond to emergency situation without knowledge, if NEMA take additional risk in expanding to all local government, it would go a long way in their awareness creation,” he said.
Facebook Twitter Google+ LinkedIn Pinterest Reddit WhatsApp Share via Email Print 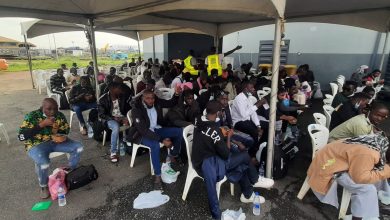 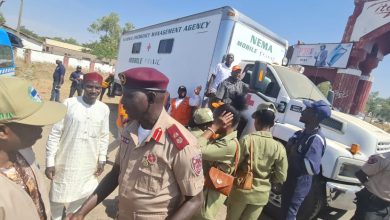 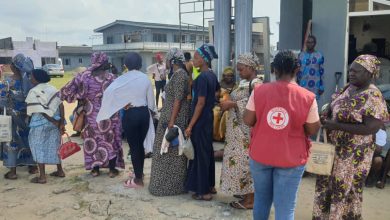