The Director General NEMA, Mustapha Ahmed-Habib, made the disclosure while receiving the returnees at the Mallam Aminu Kano International Airport, Kano.

Ahmed-Habib, represented by NEMA Coordinator, Kano Territorial Office, Dr Nuradeen Abdullahi, said the returnees arrived and were received at the international wing of the airport.

” The 130 returnees arrived late on Thursday night while 136 arrived on Friday at about 3:50 a.m. with SKY MALI Airlines, operated by Ethiopian airlines FML5001 with registration number VR-CQX.”

He noted that the returnees were brought back to Kano under the care of the International Organisation for Migration (IOM) from Niger Republic (Niamey) through a voluntary repatriation programme.

“The Programme was meant for the distressed Nigerians who had left the country to seek greener pastures in various European countries and could not afford to return when their journey became frustrated.”

“The returnees are from different parts of the country; some from Katsina, Kaduna, Bauchi, Sokoto and Kano States, among others,” he said.

The DG further explained that the returnees would undergo a four-day training on how to achieve self sustainability and provided with seed capital to enable them to engage in productive activities to be self reliant.

“We want you to serve as ambassadors, who would be sensitising other Nigerians against irregular migration.”

He advised the general public to avoid endangering their lives by travelling to seek for greener pastures in other countries, adding that no country was better than Nigeria.

According to him, the agency, from April to Dec.13, received 723 stranded Nigerians repatriated from Agadas, Niger Republic, Khartoum Sudan, Chad and were trained in various skills acquisition.

He enjoined them to learn from their experiences and be law abiding citizens.

Recounting their ordeals, Hajiya Salamatu Muhammad, from Kano State, said she travelled to Niger with her 6-year old granddaughter to seek for greener pastures.

“Initially i intended to travel to Algeria but on our way, the driver dropped us in a town called Asamaka in Niger Republic.

” My husband is old and his shop has been seized so I had no option than to travel to seek for greener pasture.

“Before I left Nigeria, I was into making Fura (millet dough ball).

“We spent six months in Asamaka; we surffered, in the process my granddaughter fell sick, as a result, she could not eat and was given medical drip to survive.”

Usman Kabir, another returnee from Zaria, said he sold his plot of land to travel to Libiya to seek for greener pasture.

“I was a phone repairer before I left Zaria, I saw one of my friends sending money to his parents from Libya, that was why I decided to seek for greener pasture.

“My parents are poor and I am the first born so I decided to travel, to enable me to cater for my parents and siblings, but unfortunately I was stranded in the Sahara.

“My dream of becoming rich has ended, I feel shy to go back to my family because I came back with nothing.”

NAN reports that the returnees were received by NEMA, along with other sister security agencies, including SEMA, National Commission for Refugees, Migrants and IDPs and Nigeria Red Cross and DSS.(NAN) 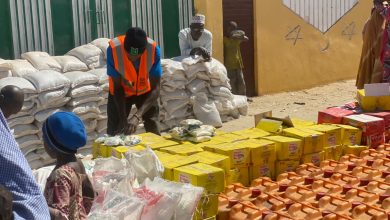 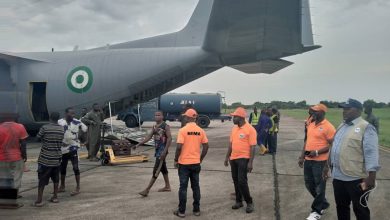 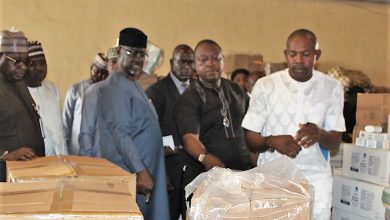