In his remarks, the Plateau State Director of Fire Service Caleb Bitrus noted that this was the first time that the Command is organising an event of such magnitude. He said the event was organised to imbibe and promote a healthy culture of fire safety in the state. The Director further noted that between January to October 2022, the Command received 105 fire calls, rescued 3 people, and lost properties worth N2, 075, 935,979,000 to fire disasters in the state. He however stated that their responses to emergency calls resulted in the saving of properties estimated to be N 4, 342,401, 000 between January 2022 to October . The Director cautioned all the participants and the general public to be careful of the harmmatan season as it is the season of fire disaster. He concluded by appreciating all the various stakeholders that honoured their invitation for programme and assured them of greater synergy and a more fruitful relationship going forward.

In his goodwill message, the North Central zonal Coordinator mr Eugene Nyelong informed the guests at the occasion NEMA is an agency of Federal government that is ﹰsadled with the role of coordinating and management of disasters in all their ramifications in Nigeria. He added further that he has deployed some staff of Search and Rescue Department to synergise with the Command throughput the fire week to ensure an elaborate fire sensitization in the city.

Earlier on, the executive Governor of the state Bar Simon Bako Lalong who was represented by the Hon. Commissioner for housing mr. Brian Dadi while declaring the fire week open assured the Command that his administration will finish the Command’s office complex before the end of his tenure.

Highlight of the event was recitation of a poem titled ‘ I AM FIRE’ by the Fire Service.

Participants at the event were heads NAF, NPF, NSCDC, NIS, NCS, NEMA among others.

NEMA DISTRIBUTE RELIEF MATERIALS TO VICTIMS OF CRISIS AND BANDITRY
IN WUKARI AND IBBI, LOCAL GOVERNMENT AREA OF TARABA STATE 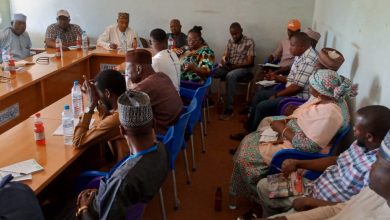 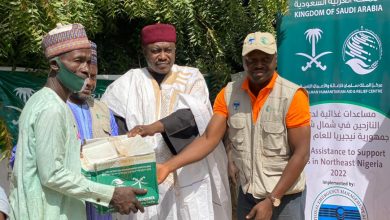 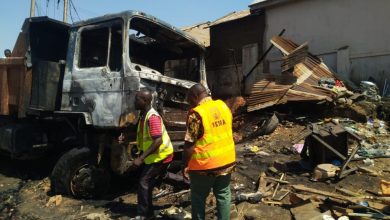