… Rescuers evacuate victims from rooftops and trees as a whole Community Submerged : The National Emergency Management Agency (NEMA) has urged some communities in Ibaji Local Government Area of Kogi State to move immediately to high ground in neighboring councils and Anambra state due to the increase rise of water level, just as rescuers have continued to evacuate displaced people from rooftops and trees.

The Director General of NEMA, Muhammad Sani-Sidi made the warning today after presenting additional relief materials to victims of flood in Kogi State.
Sani-Sidi said: “It is now necessary to call on people living in Ibaji to either move to Idah Local Government Council of the state or to closer communities in Anambra State”
Sani-Sidi who presented the relief materials to Governor Idris Wada for onward distribution to the affected victims said NEMA is using big boats and recruit the service of local canoe owners for the evacuation exercise.
The NEMA boss added that the agency is working with the Nigerian Red Cross Society to explore further assistance for the affected persons. He said: “This necessitated a request for the deployment of the International Red Cross and Red Crescent Society’s global tool: Field Assessment and Coordination Team. A 3-man team has already been mobilized by the Geneva headquarters and the team is expected shortly in Nigeria for the possible assistance to the victims of the floods.”
Governor Wada who was also flown by NEMA team in a rescue helicopter for aerial survey/view of the scenes of the flood stated emotionally that: “The situation is not only devastating but alarming by the magnitude of damages to the communities as we had just seen from the air.”
While commending the promptness and expertise of the NEMA team in the rescue efforts and relief distribution urged further supports and assistance by relevant bodies to the state.
Meanwhile more teams from NEMA regional offices are moving to some South-Eastern states where massive flooding is being experience, especially in Ogbaru Local Government Area of Anambra and Oguta and ohaaiji-egbema Local Government Councils of Imo State.
Prior to this time NEMA assessment team had visited Ekwusigo, Anambra East and Anambra West Councils of Anambra State. Also inspected are Ikwo Izzi, Afikpo North, Ohozra, Onicha, Ivo Local government of Ebonyi. The team had also visited Udi and Uzo Umani Local governments.
Most of the affected states had received prior flood alerts and early warnings from NEMA and NIMET.
Facebook Twitter Google+ LinkedIn Pinterest Reddit WhatsApp Share via Email Print 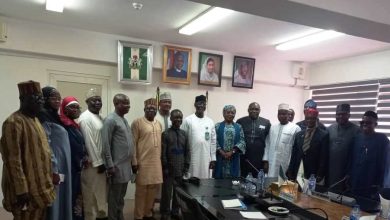