She said the relief intervention was aimed at complementing the initial supports by the Katsina State Government to the affected persons.

She also advised the public to keep drainages clear to allow free flow of water in preventing urban flooding.

Responding, Gov. Aminu Masari appreciated the Minister and NEMA for providing the support, saying it would go a long way in reducing the challenges faced by victims.

Governor Masari who was represented by the Speaker of the state’s House of Assembly, Alhaji Tasi’u Maigari, assured that the state government would facilitate judicious distribution of the relief materials to the target beneficiaries.

He said the committees should work toward reducing disasters and called on residents to avoid dumping refuse in drainage channels so as to allow free flow of water.

The Director Relief and Rehabilitation Alhaji Alhassan Nuhu and Special Assistant to the DG-NEMA Mr Idris Abubakar Mohammed as well as a team from North West zonal office Kaduna led by the Coordinator Mr Abbani Imam Garki joined the DG NEMA for the relief presentation.

The DG NEMA and Honourable Minister were also at the ancient city of Daura, where they paid homage to the Emir of Daura, His Royal Majesty Alhaji Faruk Umar Faruk.

The items presented were:

The 2022 Annual Flood Outlook per State 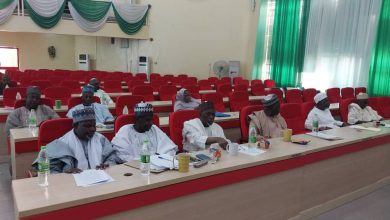 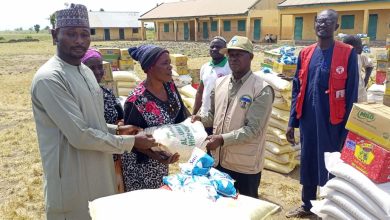