(Abuja, Nigeria, 12 November 2012):  The National Emergency Management Agency of Nigeria (NEMA) and the United Nations Office for Coordination of Humanitarian Affairs (UNOCHA) have launched the Nigerian Humanitarian Forum on Flood response to support planning and information sharing on priority areas and needs for responding to the plight of the more than 7 million Nigerians affected by the recent floods, considered as the worse in the country in 40 years.

The Forum will be jointly chaired and facilitated by NEMA and OCHA and will be initially organized on a weekly basis.
Since the flood, the Government of Nigeria has responded promptly and released federal funds to support the efforts of the affected States, which facilitated timely life-saving interventions and contributed to alleviate the sufferings of millions of people affected.
“The Forum reflects the collaboration that has been happening between NEMA and the UN in responding to this flood”, the Director General of NEMA, Muhammad Sani Sidi said. “The Forum will be an information sharing platform on the flood response and overall humanitarian impact. It is intended to strengthen and enhance information sharing and updates on the current flood impact”.
“NEMA has demonstrated commendable leadership in swiftly visiting the affected states around the country and ensuring the provision of timely life-saving support to the most affected”, Ms Choice Okoro-Oloyede, Head of the United Nations Humanitarian Advisory Team for the UN Office for Coordination of Humanitarian (UNOCHA), said.
“The Forum will ensure partners involved in the flood response have the same update, at the same time, on what is being done, location of response and by whom. It will promote mutual and joint updates on who is doing what and where and will ensure gaps in interventions are eliminated”, she added.
Since the flood emergency, NEMA and the UN, including a UN Disaster Assessment and Coordination team, have collaborated to collect and analyze data and established priorities for an efficient and principled humanitarian response.
Inter-agency assessments by the Humanitarian community in Nigeria in 14 states have revealed that many public infrastructure such as schools, health centres, roads and bridges have been destroyed.  Most of the persons internally displaced have lost their livelihood while food security of the population has been eroded and there is a high risk of outbreak of waterborne epidemics due to limited access to clean water and adequate sanitation.
The Humanitarian community is preparing a response plan for the most affected states to fill the gap in life-saving emergency, which will focus on the Shelter, Education, Health, Protection, Water and Sanitation sectors. A second inter-agency assessment is being planned to update the current response plan to meet the needs of more affected states, and to prepare for medium term food security challenges that will linger long after the water recedes.
Facebook Twitter Google+ LinkedIn Pinterest Reddit WhatsApp Share via Email Print 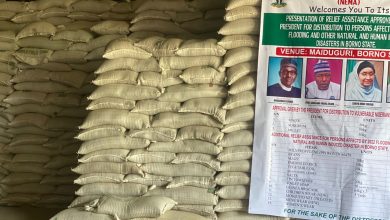