After a week of rescue efforts and assessment of the impact of the devastating Atlantic ocean surge at the coastline of Lagos state, a team from the National Emergency Management (NEMA) had concluded its assignment with a report indicating that the causes of the surge was natural disaster while human-casualty was man-made.

Also using an emergency boat, NEMA rescue officer at the weekend recovered another body floating on the water near Nigerian Navy Dockyard, Victoria Island Lagos.
Leading the NEMA team after the completion of the assessment at the weekend, the Director of Planning Research and Forecasting of the agency, Dr. Charles Agbo said while the Atlantic Ocean surge is a natural phenomenon, the human casualty was be attributed to man-induced disaster when human engage on activities close to or on the sea without precautionary measures in place.
Dr. Agbo said: “Though 9 bodies have so far being recovered and confirmed by nEMA officials while others, as claimed by residents still missing, the ocean surge at Kuramo beach and other areas of Lagos was natural phenomena while the human casualty could be blamed on carelessness of people living too close to the danger of coastline when early warning alert were raised by appropriate authorities on the effect of climate change and global warming.”
The agency said more beaches might be affected by wave tide after the team assessed the impact at the worst affected Kuramo Beach and also visited Oniru Private Beach and some parts of Ojo, Badagry, Tarkwa Bay, Maiyegun and Alpha Beach.
NEMA therefore urged effective collaboration among response institutions to ensure the clearing of shanties at the beaches as well as evacuation of people living close to the coastlines. It also called for the removal of ship wrecks that dotted most of the areas.
An ocean or storm surge is an offshore rise of water associated with a low pressure weather system. The surges are caused primarily by high winds pushing on the ocean’s surface. The wind causes the water to pile up higher than the ordinary sea level. Low pressure at the center of a weather system also has a small secondary effect, as can the bathymetry of the body of water. It is this combined effect of low pressure and persistent wind over a shallow water body which is the most common cause of storm surge flooding problems.
Facebook Twitter Google+ LinkedIn Pinterest Reddit WhatsApp Share via Email Print 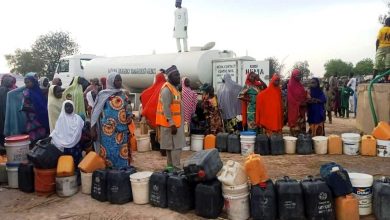 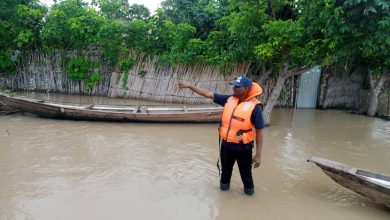 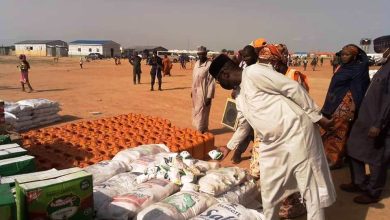