Sequel to the red alert against flooding by the Federal Government through NIMET and NIHSA that states on the course of River Niger and Benue will experience flooding, NEMA Owerri Operations Office led by the Ag. Head, Mr. Nnaji Ifeanyi were at Oguta Lake and the Urasi River both in Imo State to inspect and monitor the level of water as Ogbaru Local Government Area in Anambra State is already flooded. Ogbaru LGA is situated at the bank of River Niger and a neighbouring LGA to Oguta and Ohaji/Egbema LGAs in Imo State. Oguta Lake and Urasi River are tributaries of River Niger and the inspection showed that the water level is rising and many farmlands have already been submerged in the two Local Government Areas.
Mr. Nnaji while interacting with some of the inhabitants of the affected communities, adviced that they should move to higher ground and to also harvest their crops as the flood will intensify in the coming weeks. 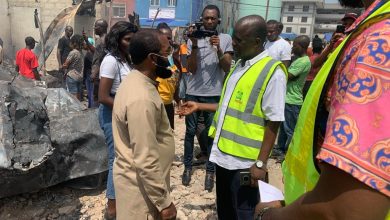