As a result of the escalating environmental degradation. Up to 25% of the world food production may be come lost during this century due to climate change, water scarcity, invasive pests and land degradation.

The environment is indisputably becoming a contested terrain – an arena of community resistance against the exploitative and polluting activities of some, often aggravated by political intervention.
Disputes over natural resources in Africa have indeed exacerbated over the last few decades and often occur as a result of pressure exerted by overpopulation on a shrinking natural resource. This in return leads to overuse, unfair and unequal distribution and mismanagement of the said resources.
In Kenya, for example, a dispute over whether settlers in the Mau Forest Complex should be evicted or not is still pending. Politicians are still haggling over it while the negative impacts of climate change on the region are there for all to see. The levels of water in Lake Victoria have started receding and rumblings are heard from Egyptians who are raising the possibility of a conflict with the communities living downstream of the Mau forest.
Late last year, the Maasai in Kenya in turn fought with communities upstream protesting over lack of sufficient water for their livestock during the dry season, which they claim to have been caused by over extraction by upstream communities.
In Somalia, conflict over water and pasture by nomads are a great challenge that needs to be tackled by authorities in the region. It is feared that such conflicts could in the future develop from tribal to regional wars. May be the ongoing Policy Framework on pastoralism in Africa by African Union and United Nations that will begin to secure and protect the lives, livelihood and rights of pastoralists across Africa will address this.
Another example is the conflict over oil in the Niger delta. Nigeria is considered one of Africa’s richest countries, having raked in more than $250 billion in oil revenues since its independence in 1960. The largest of the Delta’s ethnic groups say that the country’s oil revenue is mismanaged by politicians and they are determined to control the oil resource – a move that resulted in conflicts between oil multi-nationals, the community and the government. This is confirmed in numerous reports by the anti-corruption Transparency International that blames continuous corruption in natural resource management for the poverty in Nigeria.
Sudan has also experienced conflict over oil amid a production of several thousand barrels a day.
Meanwhile The Democratic Republic of the Congo, Sierra Leone, Angola and Liberia’s lucrative mineral resources, especially diamonds, have fueled ongoing conflicts. These countries have all experienced horrific civil wars in recent decades due to conflict over ownership of resources.
It is unfortunate to note that even despite international interventions, community strife over resources has widened. Additionally, the impact of climate change is visible in arising conflicts over water. In 2008, Ugandan soldiers opened fire on Turkana herdsmen for taking their cattle beyond the border – an action viewed by the government as illegal, however the hostility is likely to be another consequence of environmental climate change. It is predicted that such conflicts would rise due to the increasing competition for diminishing natural resources coupled with the effects of negative climate change and population pressure.
In view of the above, it is imperative that innovative approaches should be developed to address the complex problems and processes that are considered to be the potential cause of natural resource access conflicts in African countries, and particularly those that relate to shared water resources like rivers, lakes, and underground water aquifers. Fortunately the 5th World Water Forum that was held in Istanbul in March last year addressed issues related to International water conflicts. The UN Expert Group Meeting on Natural Resources and Conflict in Africa in 2006 had given cross-cutting recommendations to African States, the African Union, the International Community and Civil Society to ensure transformation of what has become a peace liability to a peace asset in Africa, most of which are yet to be adopted.
Special attention should be given to people in marginalized areas – especially Arid and Semi Arid Lands to ensure that their problems, which range from scarcity of water to pasture for their animals, are addressed. Experts are of the view that Arid and Semi Arid Lands communities should be equipped with climate change adaptation strategies to enable them to successfully confront the challenges caused by environmental changes.
Averting environmental crisis can only be achieved when all country role players make deliberate efforts towards the same goal of preventing further future environmental conflicts. Strategically, governments and other environmental agencies should ensure that less stress is placed on the “natural resource bank” and that potential global human security frameworks on resource management should be formulated collectively taking into consideration population growth dynamics.
Educating the next generation is essential to conserving Africa’s fragile environmental balance and preventing further conflicts. Most development policies being implemented up to date were based purely on economic needs and did not foresee the environmental consequences. This should be a top priority for all policy makers in the world.
Audu Hassan Dogo.
(A Soil Scientist)
National Emergency Management Agency (NEMA), Abuja.
Facebook Twitter Google+ LinkedIn Pinterest Reddit WhatsApp Share via Email Print 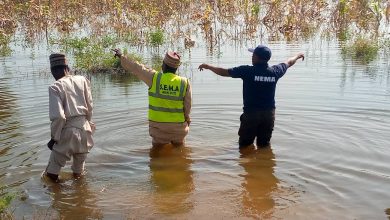 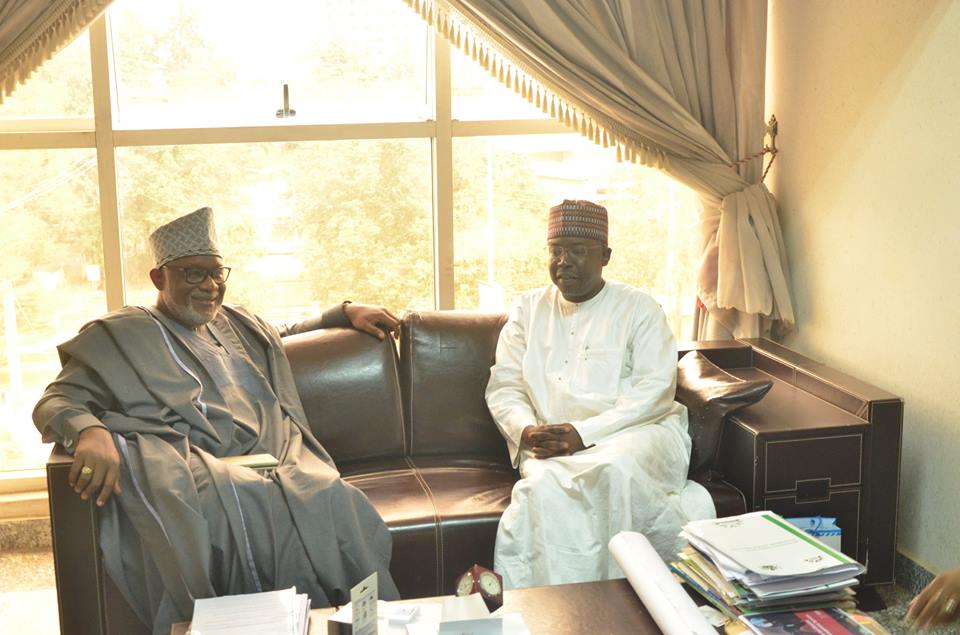 The Governor of Ondo State visits the NEMA DG